Archive for the tag “bush” 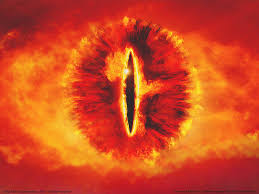 Bush, War, Conservatives, and the Search for Consistency

One of the perplexing dilemmas we face as those who oppose the over-reach of the Federal Government is the inconsistency we see in such movements. While on the one hand, we opine viciously in opposition to all forms of welfarism, on the other hand, we support and encourage our military efforts ( a form of international welfarism).
In his essay for The American Conservative, Ivan Eland discusses this inconsistency and warns conservatives that they can’t have it both ways:

“Conservatives should be leery of jumping into wars not only because American powers may become overextended—especially in a time of fiscal crisis—but because war makes government expand rapidly at home, even in areas of national security.”[1]

It is also fair to say that the Conservative mood has changed drastically in these last few years. Just as Democrats are quick to oppose a policy under a Republican governance, so too are they quick to support that same policy under a Democratic presidency.[2] I would like to think Republicans have learned their lessons, but they are just as prone to falling into the cycle of political hypocrisy. On a positive note, I have heard growing opposition to Obama’s Drone Strikes’ Policy from Republicans. Much of this opposition stems from the non-hawkish Senator, Rand Paul.

In his 2007 book, A Tragic Legacy, Glenn Greenwald details many of the former Bush supporters who have now come to see the light on America’s endless wars. Among them is Rod Dreher, a former contributor to National Review. In 2001, Dreher declared, “Thank God we have a Republican in the White House.”[3] Dreher later describes his regret for supporting Bush’s policies:

I see that I was the fool…the consequences of his (Bush’s) failure will be far, far worse than anything Carter did.

These political transformations are the results of a long line of unintended consequences, or what Chalmers Johnson referred to as Blowback.

I am convinced that serious minded Republicans are willing to count the cost, and the cost has been high. The U.S accounts for more than 50% of the world’s military spending[4] and with all that might it has left the Middle East desolate and unstable. The eloquent “No Nation-Building ” answer given by then candidate George Bush should be our policy. It is costing us too much. And as Eland observes, once warfare starts, taxes and spending continue:

Conservatives should not fail to recognize that war is the most prominent cause of the massive welfare state that has been erected in the United State.

Hopefully, consistency will return to small-government conservatives. We cannot continue to stay on budget at home, while distributing our credit cards abroad.

Lyndon Johnson had a dream. Following Kennedy’s assassination in 1963, Johnson moved speedily to embody Kennedy’s vision for the country. After Roosevelt’s New Deal, Johnson’s vision for a post-Kennedy country was as ambitious as FDR’s. With only 11 months before the elections of 1964, Johnson had to prove to the country that his presidency wasn’t just due to Kennedy’s departure, but that he also deserved a chance by his own merits to lead the country for four more years. Johnson wooed Congress to pass his agenda. He continued JFK’s vision for a Civil Right’s Act, which was passed. Johnson also instituted a vision for a Great Society, which included a War on Poverty. At that moment, Liberalism’s goal to crown the Federal Government as the giver of life was achieved in a way Roosevelt could not.

Under Johnson’s presidency, Liberalism gained a powerful ally. The following agenda reveals the genesis of some of our current woes:

Vietnam, of course, shattered Johnson’s vision for a New Heaven and Earth. Now the attention of a nation was drawn to the disastrous Vietnam War.

In some ways, Democrats have attempted to continue the Johnson legacy. They have succeeded. $16.5 Trillion in debt reveals that the Democratic leaders paid careful attention to Johnson’s blueprint for the nation. But we have come to expect this type of consistent ideology from Democrats.

The former Governor has been deeply engaged in talks about a 2016 run. In comments made towards immigration Reform, the former Governor of Florida extolled Johnson’s skills as a legislator. Breitbart quotes Bush’s assessment of Johnson:

“He went and he cajoled, he begged, he threatened, he loved, he hugged, he did what leaders do, which is they personally get engaged to make something happen,’’ Bush said of Johnson.

To be fair, Bush did not praise Johnson’s Great Society or War on Poverty, but Bush’s invoking of Johnson positively in any way reminds Conservatives and Moral Libertarians of the misdirected attempts of healing the nation through unconstitutional means. It prompts us to ask, “what keeps Bush from incarnating Johnson’s presidency not only in the immigration issue, but other important matters as well? ”

Of course, the best read of this situation is that he is arguing for a hands-on presidency (like Johnson’s) in an attempt to discredit Obama’s hands-off presidency. But forgive the political pessimism from my perspective, but I seem to have a general distrust of the Bush brand of political reform.

The War Party Will Lose

Pat Buchanan’s often brilliant insights is something to consider on Monday night’s debate on foreign policy. Lost in Biden’s interruptions and unnecessary laughter were his powerfully non-bellicose observations:

“The last thing we need now is another war.”

“We will not let them (the Iranians) acquire a nuclear weapon, period, unless he’s (Ryan) talking about going to war.”

“War should always be the absolute last resort.”

“He (Ryan) voted to put two wars on a credit card.”

Buchanan argues that usually the peace-party wins. And this is what Obama ought to do with Romney on Monday. The well-known author and opponent of America’s wars in the last two decades, Buchanan argues that the president needs to pose specific questions to Romney. The following are examples of such questions:

“Governor, you have said of America and Israel, ‘The world must never see daylight between our two nations.’ Does that mean if Israel attacks Iran, you would take us to war on Israel’s side?”

“Governor, at VMI you said, ‘In Syria, I will work … to identify and organize those members of the opposition who share our values and ensure they obtain the arms they need to defeat Assad’s tanks, helicopters and fighter jets.’ Would you give surface-to-air missiles to the Syrian rebels?”

“Governor, Japan and China are at sword’s point over the Senkaku Islands. If war breaks out, are we obligated by our alliance with Japan to come to her defense?”

Buchanan argues that the American people are “sick over the 6,500 dead and 40,000 wounded, fed up with the $2 trillion in costs, and disillusioned with the results that a decade of sacrifice has produced in Baghdad and Kabul.” If Romney vociferously sides with Neo-Conservatives on Monday he might join John McCain as another victim of the Obama machine.

The reality, of course, as Bob Woodward writes in his book Obama’s War, is that Obama is equally a part of the war-party machine. His counselors would feel equally comfortable in a Romney cabinet. The Nobel Peace Prize winner is just as hawkish as the next Republican. But playing the peace-card can be strategic to Obama. With two weeks to go, somehow I think Obama is going to pull that card out on Monday.